RESTORATION OF AN INLAID ALTAR

RESTORATION OF AN INLAID ALTAR

The altar that we proceeded to restore is situated in a room next to the back entrance of the church.

The frontal panel of the altar appeared deteriorated. Because of the abundant raising damp, the Istrian stone was disintegrated and brittle.

The inlayed plates embellishing the front were detached and shattered on the floor.

First off, we photographed, recorded, collected and removed the plates to reassemble them.

In the meantime, the altar was dusted and rinsed at least twice. Two rounds of absorbent compresses made with sepiolite, cellulose pulp and demineralised water, were layered on the altar. Each absorbent compress was left to air dry for at least 5 days, until it naturally fell on the floor when fully dried.

Once the amount of salt and humidity in the stone was sensibly reduced, the altar underwent a thorough consolidation.

At the end of the consolidation phase, all the previously reconstructed plates were put back in place. 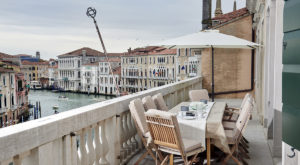 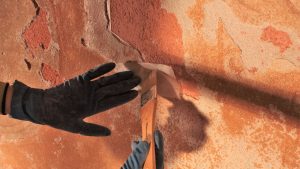 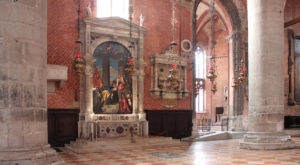 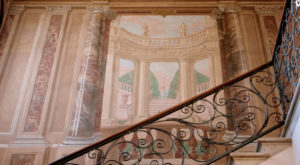